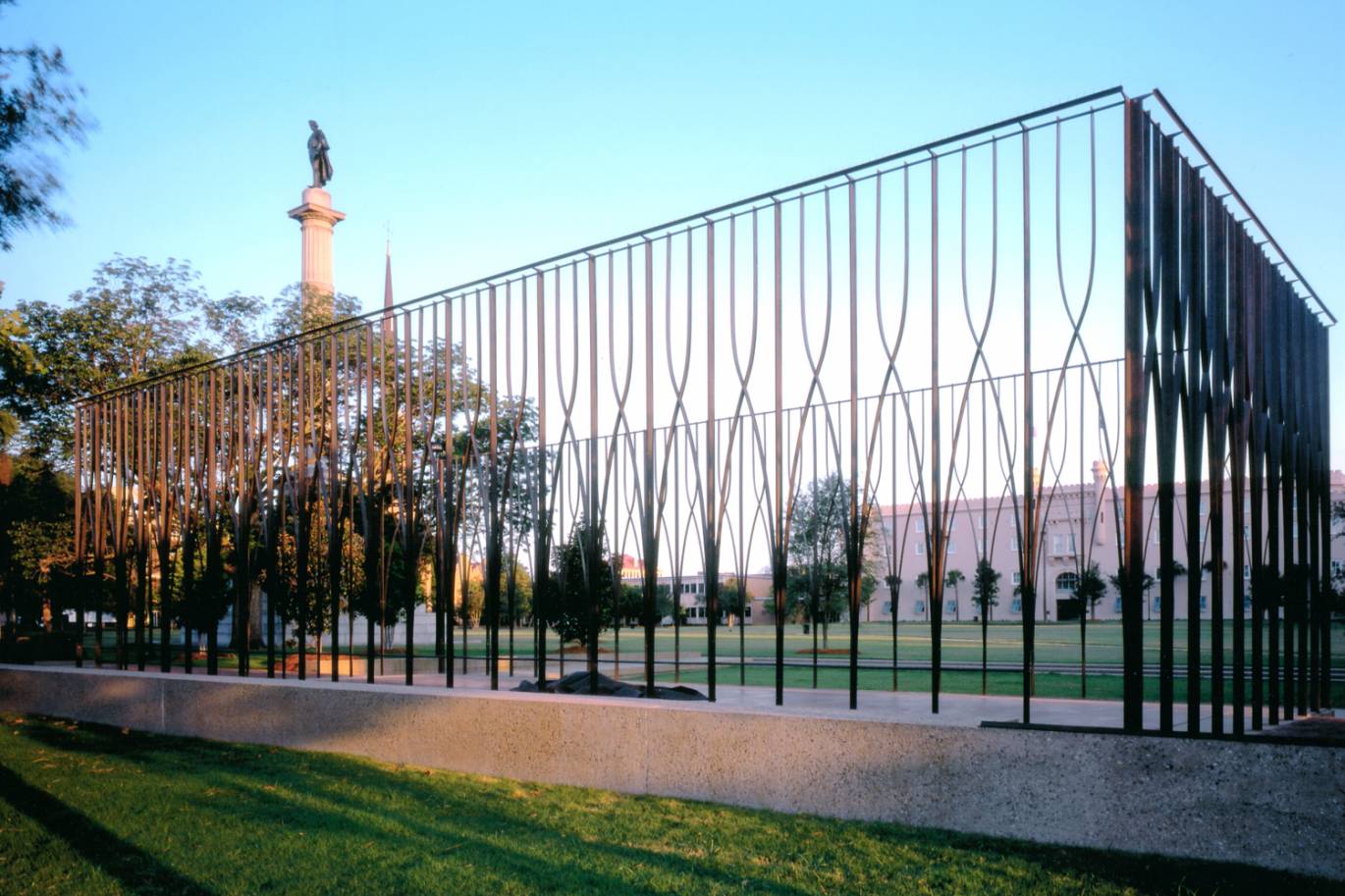 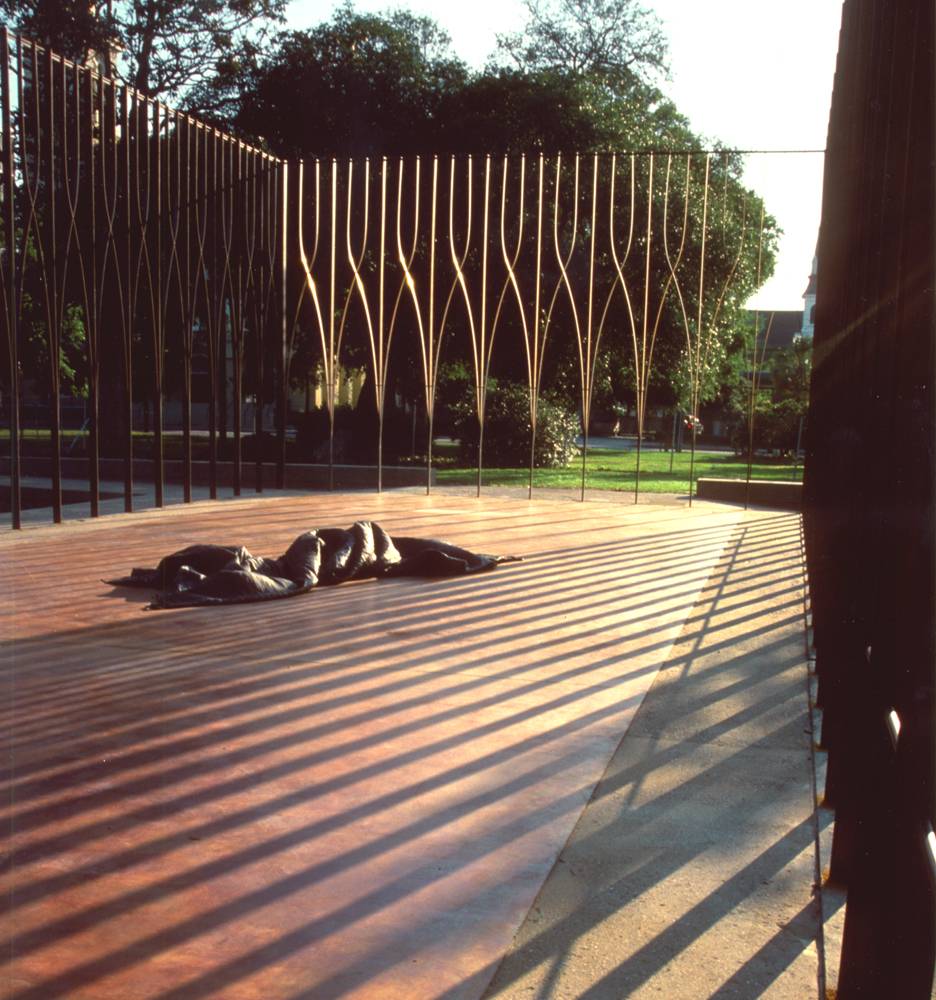 Activating the spiritual space with sculpture 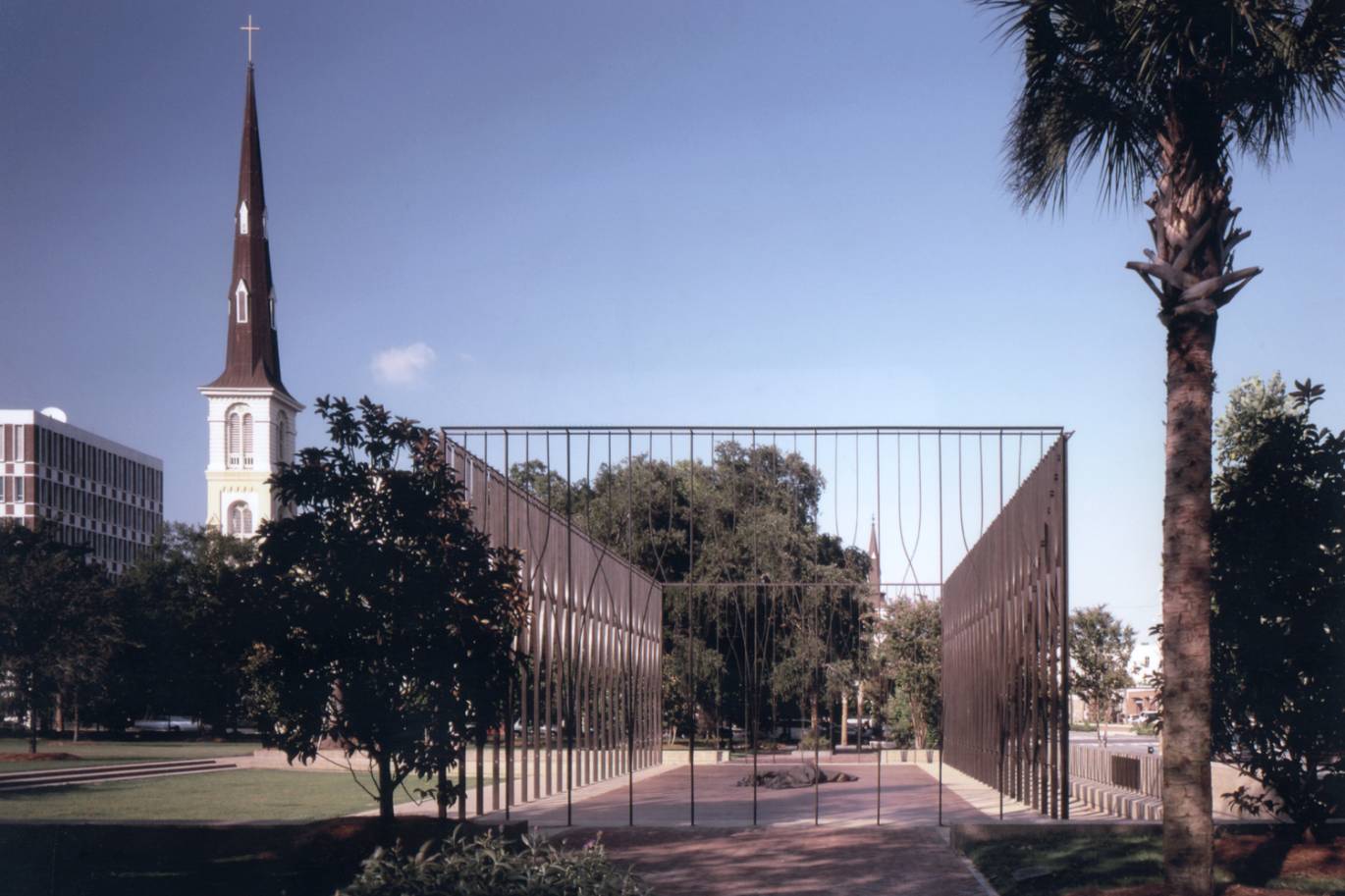 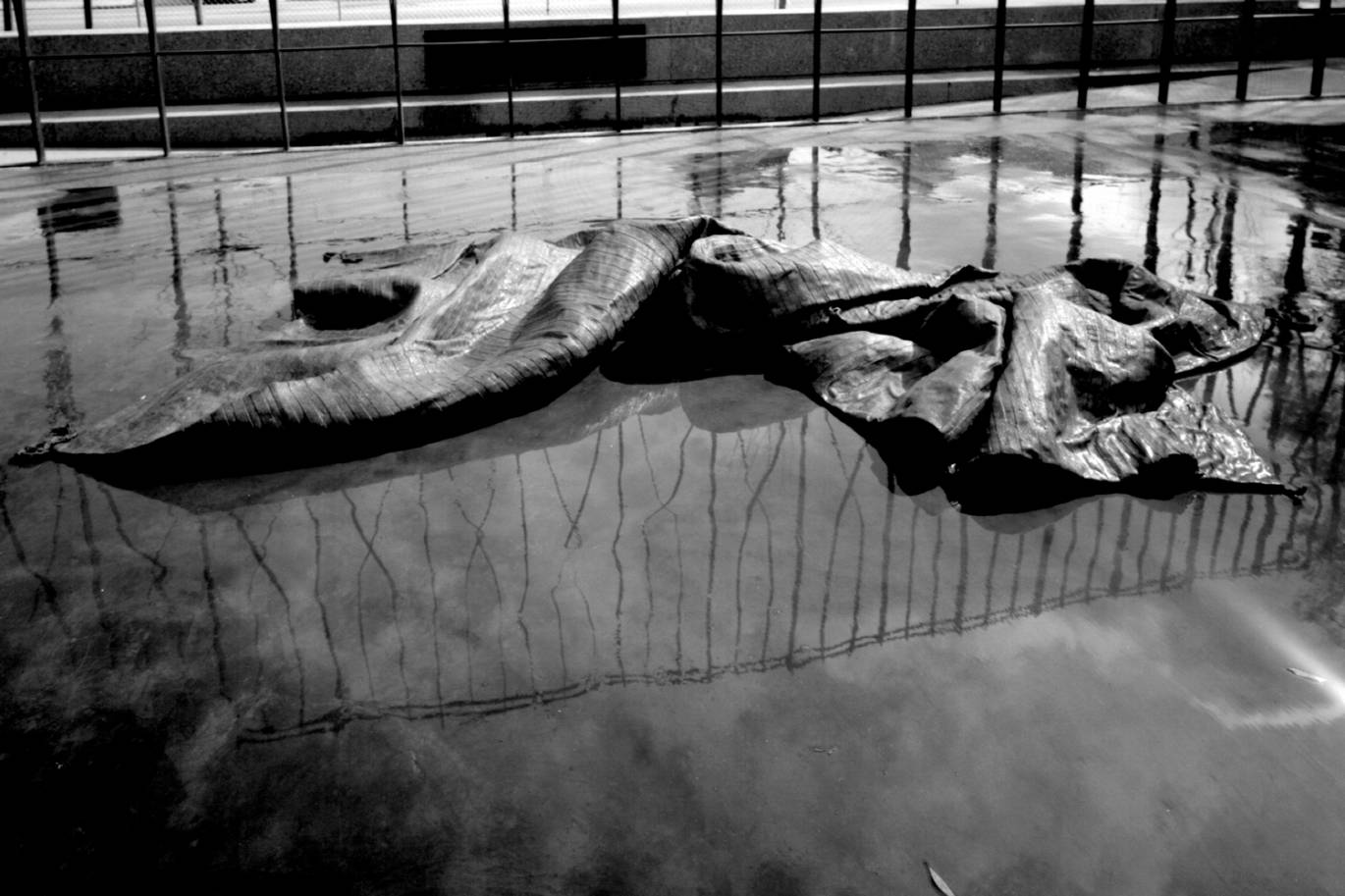 JLA provided a synthesis of urban planning, architecture and sculpture for this memorial, which was placed to straddle a major path traversing centrally located Marion Square. The ‘interior’ of the memorial is formed by a two-story high screen of mill-finish stainless steel. At its center is a 16 ft. funerary bronze sculpted by the architect. The visitor is called upon to speculate on the nature of the boundary and his or her place in relation to it - whether to be within or without. The memorial is constructed of special concrete, detailed and heavily reinforced to strengthen the monolithic aura of the material. 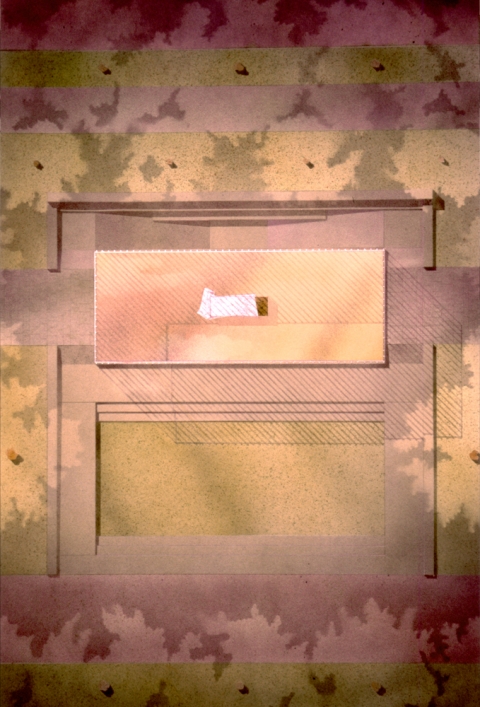 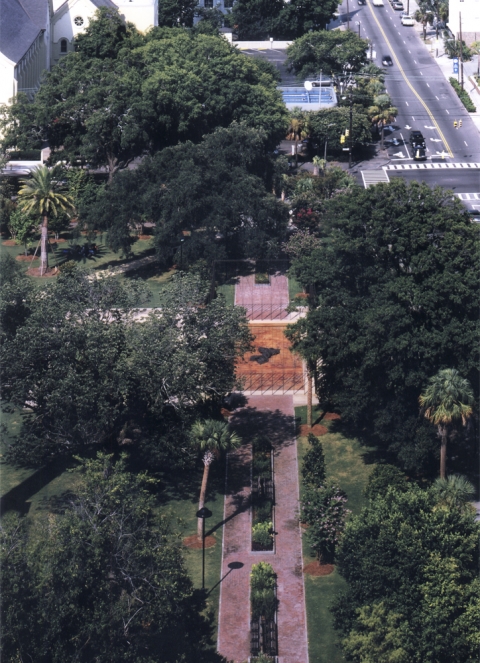